On the way to the river // Dylan Tomine

Fly-fishing is synonymous with road trips, and road trips are synonymous with music. In every issue, we ride shotgun with selected anglers and let them pick the tunes. This summer, the American writer Dylan Tomine was behind the wheel.

This interview is available in Norwegian in our summer 2020 issue.

There are a lot of great writers in fly fishing, but few inject their stuff with more personality than Dylan Tomine. His 2012 debut, Closer to the Ground, is an intimate story about family life in nature, and like his other works, it is unpretentious, funny and masterfully written. Dylan lives on Bainbridge Island outside Seattle with his kids. And fishes for steelhead. When we spoke to him, he had just finished promoting Artifishal, Patagonia’s recent feature on wild vs. stocked fish, where Dylan worked as a producer.

You are a steelheader. Does the monotony of swinging for steelhead ever tempt you to listen to music while fishing?

Monotony? What’s that? Seriously, each cast and swing is so different from the others – even if it’s only two steps away – with variabilities of current, depths, etc, I’m usually just focused on trying to make my fly swim the way I think it should. It’s funny, I’ve never even thought about listening to music while I’m steelhead fishing. But back to monotony… The pop-psychology definition of insanity is doing the same thing over and over and expecting a different outcome, right? If so, I guess steelhead fishing qualifies. There’s also that great Tom McGuane quote about the requisite attributes for a steelheader: A big arm and a low I.Q., but of course, that was written before Spey rods came into wide use, so today, it’s probably just the low I.Q. In which case, I qualify.

You’re the second angler who has Pixies AND Isbell on his list. Which means we might be on the verge of discovering of a fly-fishing road trip canon.

Holy shit, REALLY? There couldn’t be two more different bands – the heavy, proto-grunge blast of The Pixies vs the simple, clean sounds of alt-country singer/songwriter. I guess, if there’s one thing in common that they share, is a spectacular level of musicianship in both. Blows my mind that anyone else out there even owns both. Ha!

Yeah, pretty weird! He had Debaser from Doolittle and Flagship, from a later Isbell album, I think. A stand-up dude though. You’re in good company.

Well… Debaser is a good one, on the same album. As is Here Comes Your Man. And really, anything from Isbell would make my list – especially from Southeastern or The Nashville Sound.

I generally subscribe to the philosophy that if you expect the worst, anything else comes as a pleasant surprise.

When I listened to your playlist and came to If I Should Fall from Grace With God, I thought: This is a guy who’s not worried about getting skunked. When I came to Rock’n Me, I thought, forget about getting skunked, this is a guy who’s pretty sure he’s gonna live forever. With the occasional exception (Monkey Gone to Heaven maybe), this feels like a profoundly optimistic selection of songs. Are you generally an optimist?

Well, that’s a first. I’m regularly accused by most people in my life of being addicted to sad music, which I guess tends to happen if you listen to a lot of alt- or traditional country music. Isbell, Buckner, Isakov, Yoakam, all lean a bit melancholy, I suppose, but I don’t hear it. To me they’re just beautiful songs sung with emotion. As for being an optimist, I’m actually kind of the opposite – not exactly a pessimist, but I generally subscribe to the philosophy that if you expect the worst, anything else comes as a pleasant surprise. You simply cannot swing flies for steelhead expecting to slay and retain your sanity. Assuming, of course, there’s any sanity to start with. See above.

Theres something about Buckner where you kind of hear how country music could not have happened without Irish folk music. Something about the intonation of the singing or the mandolin or the hammer-ons or something. Seeing as you also have Pogues on your list and Dylan is your first name: Is there Gaelic blood coursing through the Tomine veins? Or is it merely a musical inclination?

Gaelic spirit, I suppose, but genetically I am 100% Japanese, culturally diluted as a 4th generation American. As for the name, both my parents were big Dylan Thomas fans in the 60’s. My buddy Sweeney’s mom has actually conferred honorary Irishman status on me, so that ought to count for something. And I agree about the connection between Celtic music and American country – lots of the same heritage and ancestry there. To take it a step further into the contemporary, yesterday I was listening to Isakov’s Evening Machines and kept thinking to myself that it felt a lot like U2, circa Achtung Baby. Whether that’s a modern link or something deep in the shared heritage of music types, I can’t claim to know. Or, for that matter, if the similarities are even there at all outside my mind. But I felt it!

The other geographical whiff these songs give off, is the American South (Isbell, Yoakam and Buckner). The South has been an epicenter of popular music since the invention of jazz or something. Have you got any idea why so much sweet music come out of the American South?

I think there are the obvious connections between early black folk music and later, the Blues, and their influence on what we now call country. There’s also the lyricism and mythology that rose out of the American South, the cradle of slavery. Whether it’s Robert Johnson at the crossroads dealing with the devil, Southern Baptist church choirs belting it out on Sundays, or the jug-and-washboard front-porch family singalongs, you can feel the heritage in almost every country song. Some may call it cultural appropriation, or outright theft, and I agree it’s strange that country is mostly a white genre today, but that southern cultural heritage feels so intertwined it’s difficult to unwind it. Plus, there’s the sweltering heat and humidity and dark, almost gothic sensibility that pervades small towns in the south… All of which lend themselves to the music.

You know what I love about the South? I mean aside from the people and the fishing and the warmth? Fried food. They just know how to fry shit.

Speaking of the South, when you live in Norway and see the fishing off your Gulf coast, it kinda makes you drool. Do you guys in the Pacific North West feel the same way? Do you often go down there?

You know what I love about the South? I mean aside from the people and the fishing and the warmth? Fried food. They just know how to fry shit – it could be chicken, fish, cornmeal, whatever – better than any other place on earth. If you’re in Seattle and order fried anything, you usually realize you’d have been better off ordering something grilled or roasted or steamed or broiled. But in the south, frying is an art. If you’re ever in the Outer Banks of North Carolina, go to the Black Pelican in Kitty Hawk and order the fried flounder and shrimp dinner. Heaven!

As for fishing down there, I am lucky to have some friends who guide the Outer Banks – Brian Horsley and Sarah Gardner. So yeah, I’ve been down there a bunch and fished with them enough to know it’s a blast. Redfish, albacore, amberjacks, sea trout, bluefish… For a steelheader, it’s pretty mind-blowing stuff. My buddy and fellow Patagonia ambassador, Riverhorse, is a Houston boy, and I plan to visit, fish and eat with him sometime in the not-so-distant future, too. So yeah, love the South.

It seems like fly fishing’s musical center of gravity lies somewhere between indie folk, folk rock and Americana. You’ve got Lumineers, Buckner, Eels, The Head and the Heart and Isakov on your list. What is it with this music that lends itself to fly fishing? Why isn’t anyone listening to disco on their way to the water?

Now that’s flat out hilarious. I can just picture it: The metallic gold bell-bottoms, the silk shirt unbuttoned to the belly button, platform shoes, gold chains and feathered hair rocking out to Donna Summer or the BeeGees while cruising through Forks, Washington. Might need to try it one of these days.

But I think the kind of music you’re talking about here, and is also on my playlist, all has some kind of commonality – a kind of authenticity, whether it’s emotional or environmental. Which probably appeals to the kind of experience we’re looking for when we head to the river.

… it’s just challenging to find the time to work on them. Especially when faced with the free-time option of going fishing or sitting at my desk writing.

On writing and diversions

It’s been a while since Closer to the Ground first came out. Is there another book in the works?

Oh, jeezus, you had to go there. Like I don’t hear it enough from my agent? Ha! One, I’m a really slow writer. Two, I’m a commercial writer by trade, you know, to pay the bills until I sell film rights for Closer… And well, you know what they say about plumbers and their pipes at home, right? And three, I’m a single father with two kids playing on travel-sports teams, which takes a lot of time, but I love it. The way I figure it, when the kids were small, if we wanted to hang out and do something together, they did what I wanted to do. Now that they’re older, if we want to hang out and do something together, it’s my turn to do what they want to do. So, I’m good with it and really enjoy the sports – and I’m thankful that they still want to go fishing with their old man when we find time in the schedule.

But enough excuses! Yes, I’m actually pretty deep into two books. One is a novel about eco-terrorism, and the other is a collection of previously published fishing/travel/conservation writing. I’m pretty stoked about both, it’s just challenging to find the time to work on them. Especially when faced with the free-time option of going fishing or sitting at my desk writing.

What else are you working on these days?

Well, after three years of work on the documentary Artifishal, and about six months of touring to promote it, I somehow thought this year would be wide open to fish and write. But of course, there’s the constant conservation battles over the fate of our wild salmon and steelhead, which only seem to get more pressing every day, especially with our current Administration. Then there’s “real” work to pay the rent, and the aforementioned kid sports, and trying to manage the jungle that’s engulfing our house in the woods, etc., etc. As I type this, tomorrow actually looks pretty open. I could sit at my desk and write, I could take care of all the chores that are building up, I could…wait, the rivers are dropping and clearing? Guess what I’m doing tomorrow? 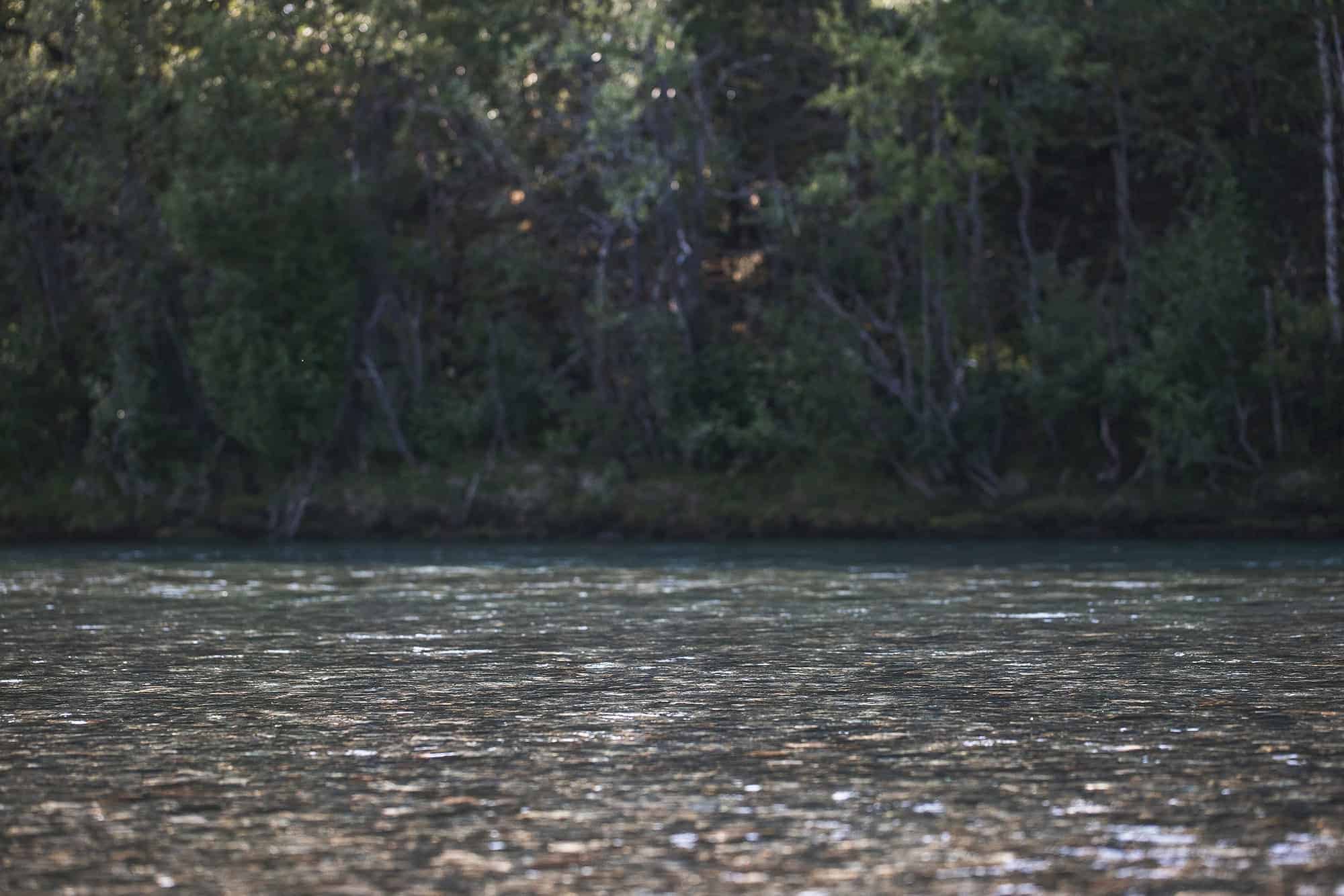 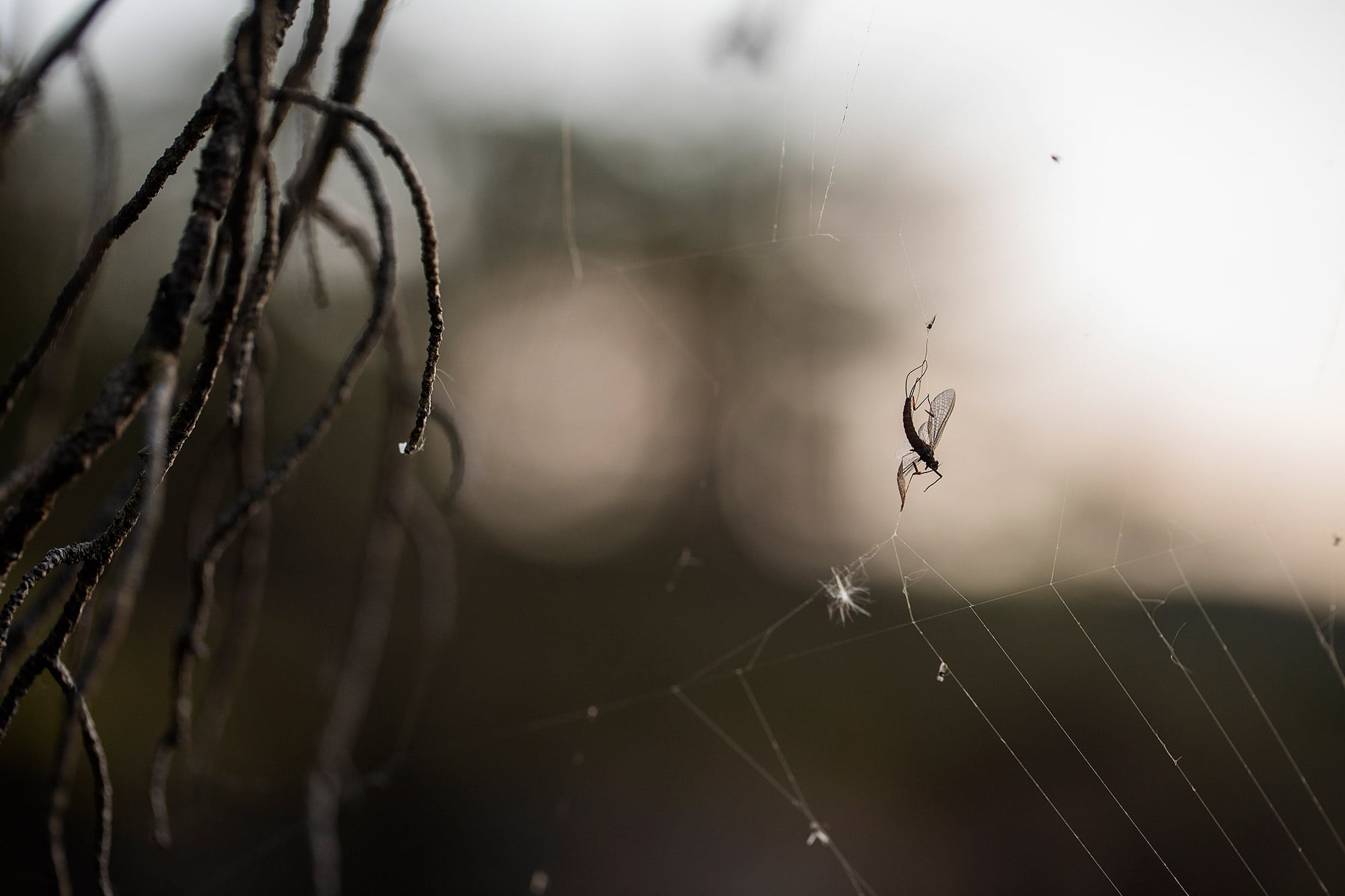 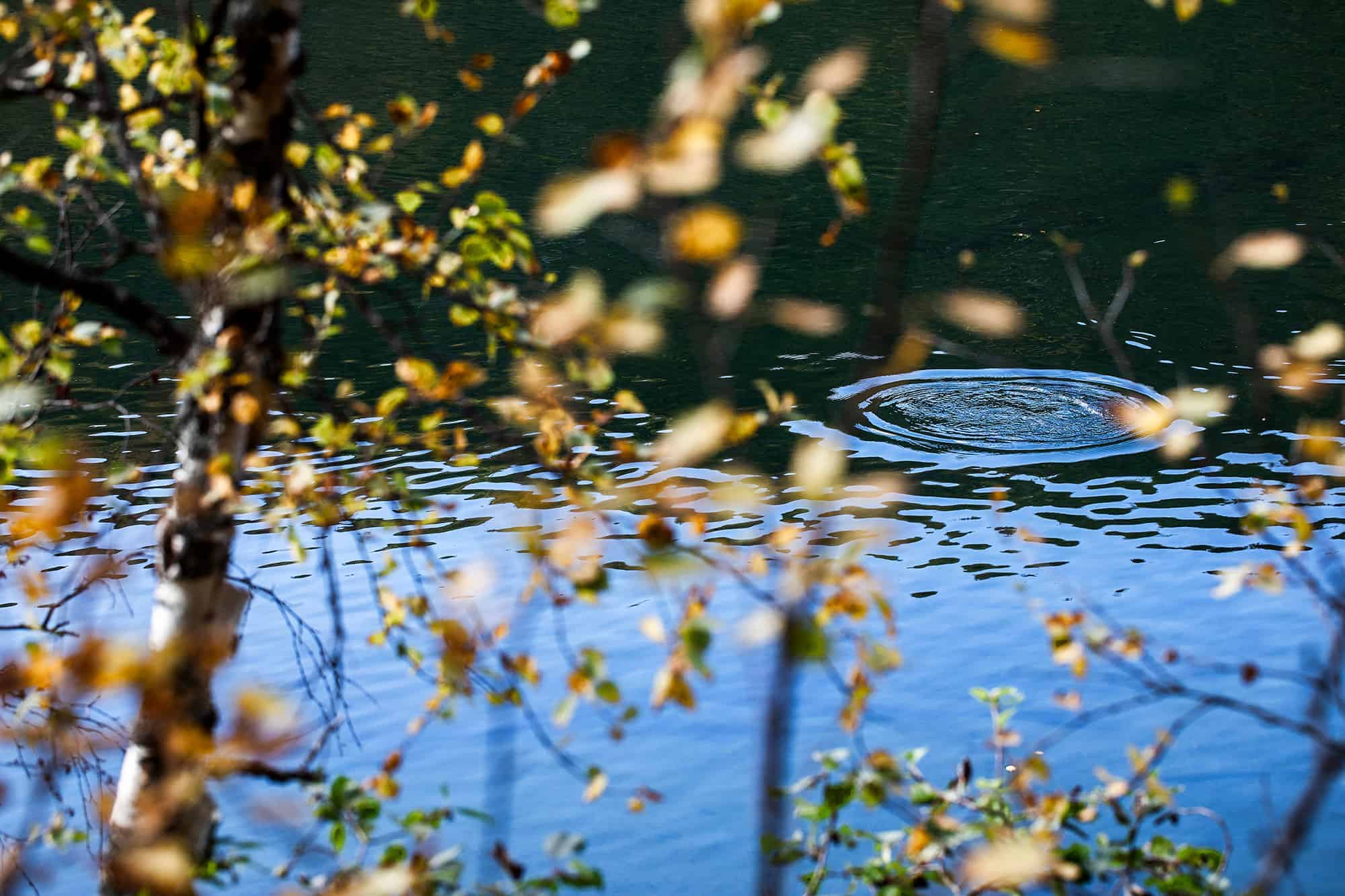